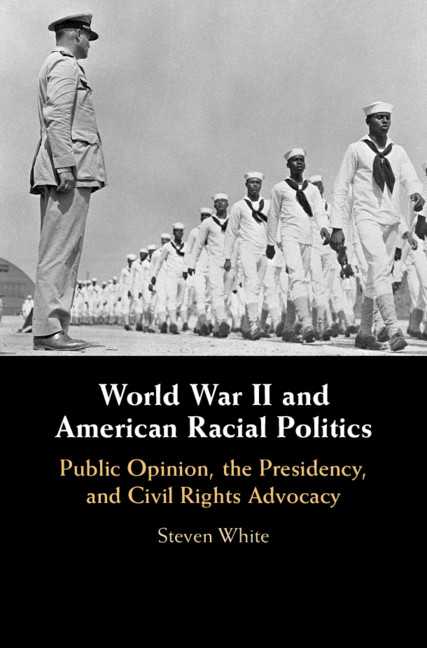 Description: World War II played an important role in the trajectory of race and American political development, but the War's effects were much more complex than many assume. Steven White offers an extensive analysis of rarely utilized survey data and archival evidence to assess white racial attitudes and the executive branch response to civil rights advocacy. He finds that, contrary to conventional wisdom, the white mass public's racial policy attitudes largely did not liberalize during the war against Nazi Germany. In this context, advocates turned their attention to the possibility of unilateral action by the president, emphasizing a wartime civil rights agenda focused on discrimination in the defense industry and segregation in the military. This book offers a reinterpretation of this critical period in American political development, as well as implications for the theoretical relationship between war and the inclusion of marginalized groups in democratic societies.

The Political Influence of the Police in American Cities. Book project. Working paper available upon request.

"What's So American About American Political Development?" 2019. A House Divided.

"Social Status and Redistributive Politics: Lessons from India and the American South" (with Pavithra Suryanarayan). 2019. Newsletter of the Organized Section in Comparative Politics of the American Political Science Association 29(1): 99-106.

"Confederate flags and Nazi swastikas together? That's new. Here's what it means." The Monkey Cage. August 14, 2017.